Several weeks have elapsed since the appearance in the elephant enclosure of the huge, green, metal crate - Kate’s transport to her new home, Project Elephant.

Her keepers spent a great deal of time with Kate, initially convincing her that the big box wasn’t going to harm her in any way, then persuading her (with tasty treats) to actually set foot inside. 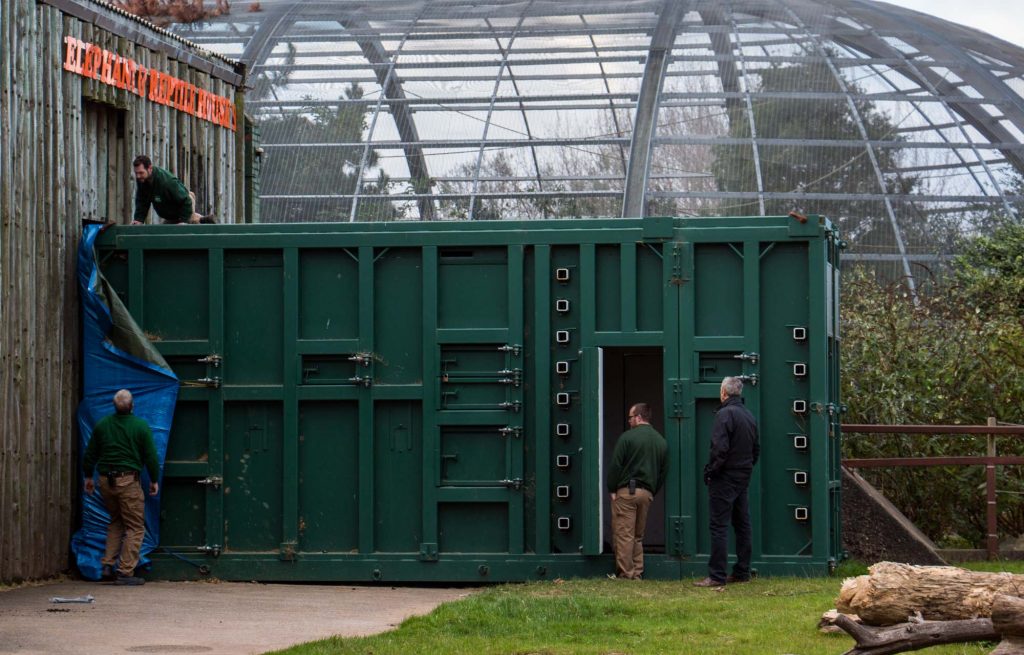 She was wary at first, having not seen anything like this in all her 46 years here at the zoo. However, the team’s patience and training (up to 8 times a day) paid off and she was soon happy to go in and out of the crate when asked to do so. Next came the difficult part as she had to learn to accept the restraints of bars front and back to keep her in one position for the short journey round the back of the main buildings. Again, patience and her confidence in her keepers were rewarded. 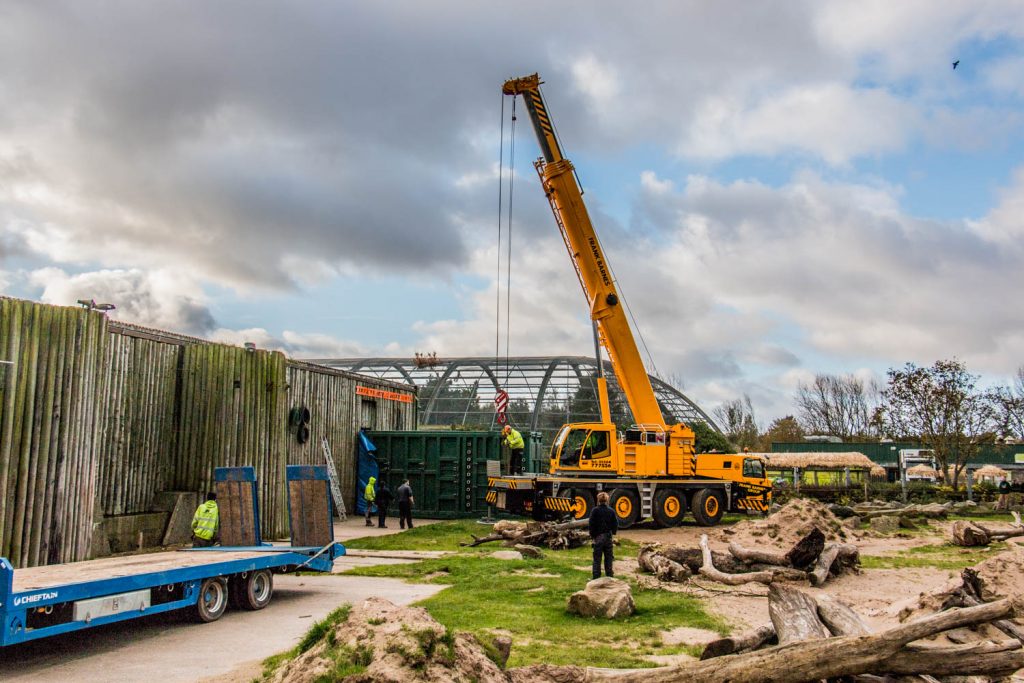 At 8am on Tuesday 17th October, 2017, Kate left her old house on a low loader and travelled just several hundred metres to one of the biggest elephant houses in the UK, her new home. The lorry manoeuvred into place, the crate was lifted off and Kate was given a first glimpse of her new home. 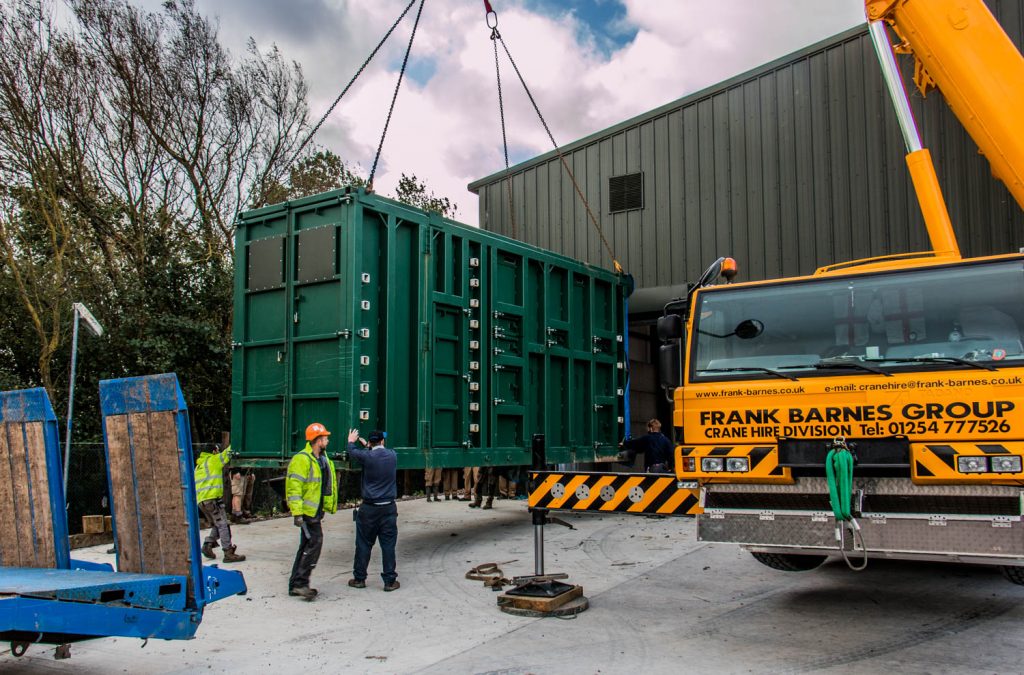 The keepers are very pleased with Kate’s acceptance of the new house. There are many different sights and sounds to which she is gradually becoming accustomed, but the CCTV throughout the building allowed her to be monitored overnight for her first few days. Kate has now resumed her daily, routine training and appears to be very settled with her new surroundings.

The next step will be to introduce the outside areas – watch this space! 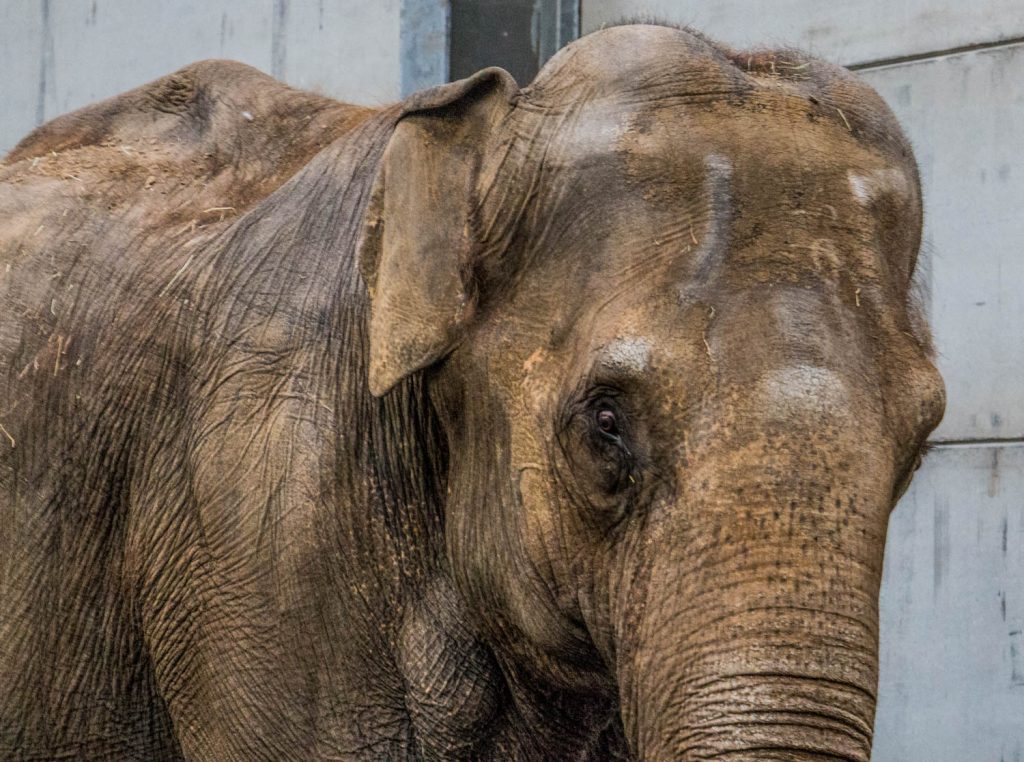 Posted in Kate, Our Herd.