Kate has now settled in well to her new living arrangements. After some initial hesitation about stepping over the dividing line between the first two pens she entered, she hasn’t looked back!

The flooring in the house is varied for the animals, being partly rubber and the rest sand. The rubber beneath her feet provided Kate with an entirely new sensation and, at first, she was a bit unsure of its safety. However, she soon put her brave trunk on and decided to explore further. 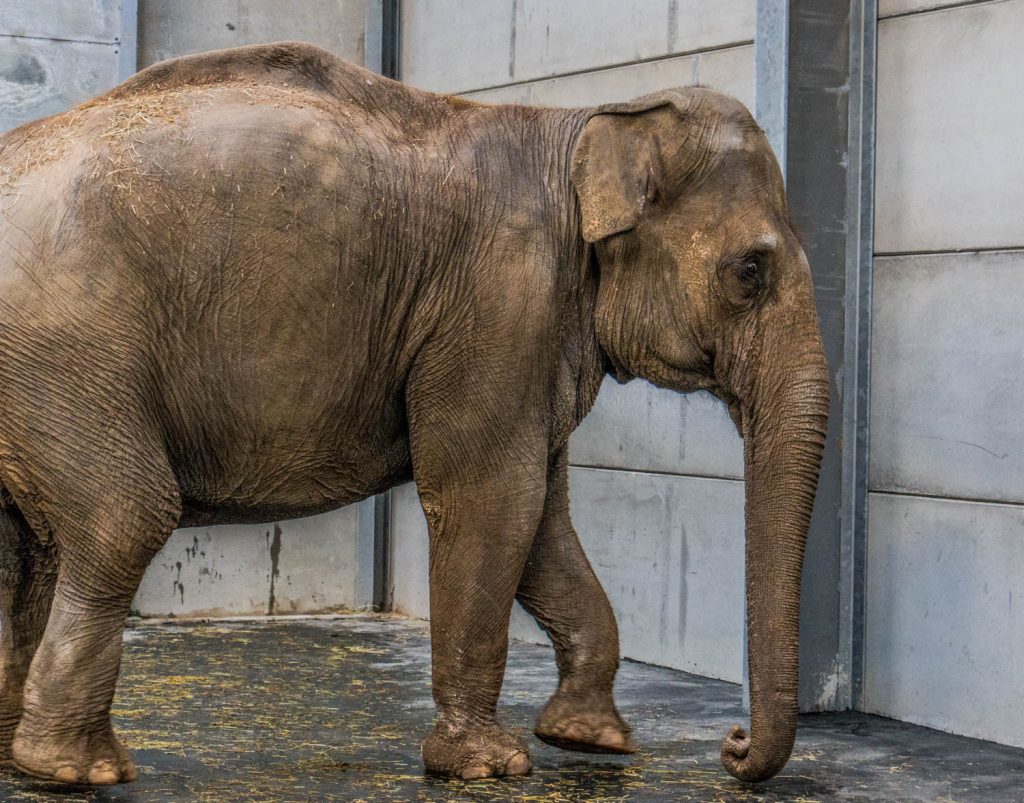 Her keepers, led by Adam, were happy with the progress she made during the first week. Kate is sleeping and eating as usual, always a good sign, and has resumed her daily training. Her inherent nosiness is obvious in the way she listens intently for any sound which might herald a keeper with food! 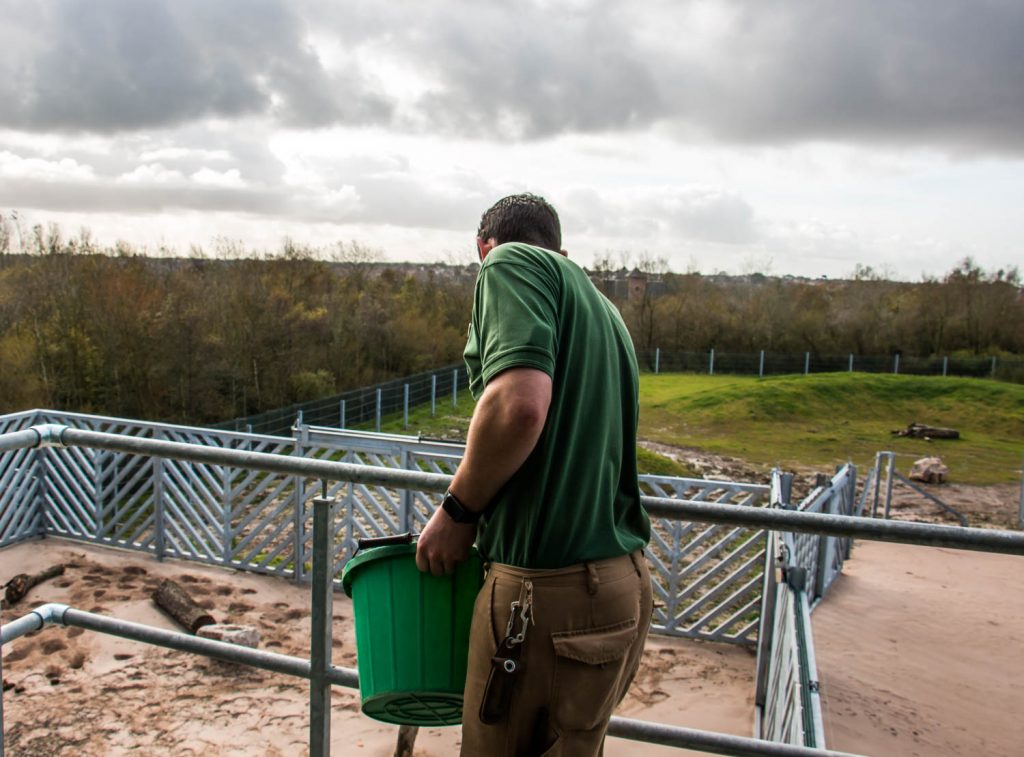 Adam and the team decided that, as she was so chilled, they would allow her access to outside in the bull pen. Whilst it’s not the most attractive part of the outdoor area, the keepers felt that Kate was more likely to return to the warmth of the new house each night from there, but it did take her two days to decide to step over yet another threshold to see what was outside! 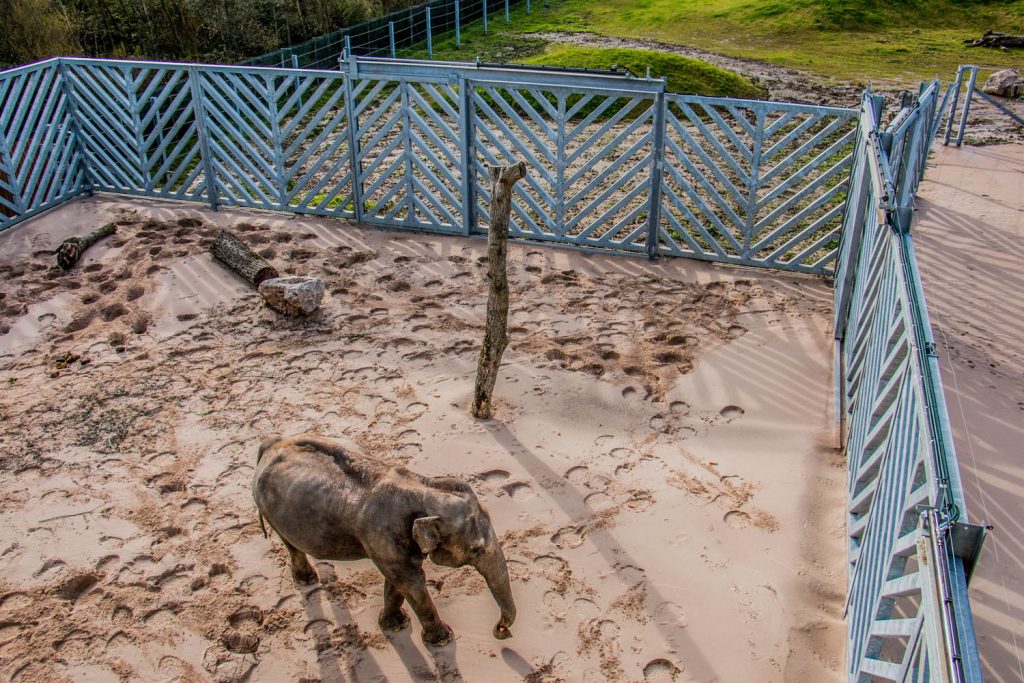 Small steps are needed in getting Kate used to a very new life in Project Elephant. Having moved from her home of over four decades, it was always going to take a little while for her to accept her new, very modern home, but, as we have always said, she will be allowed to proceed at her own pace. 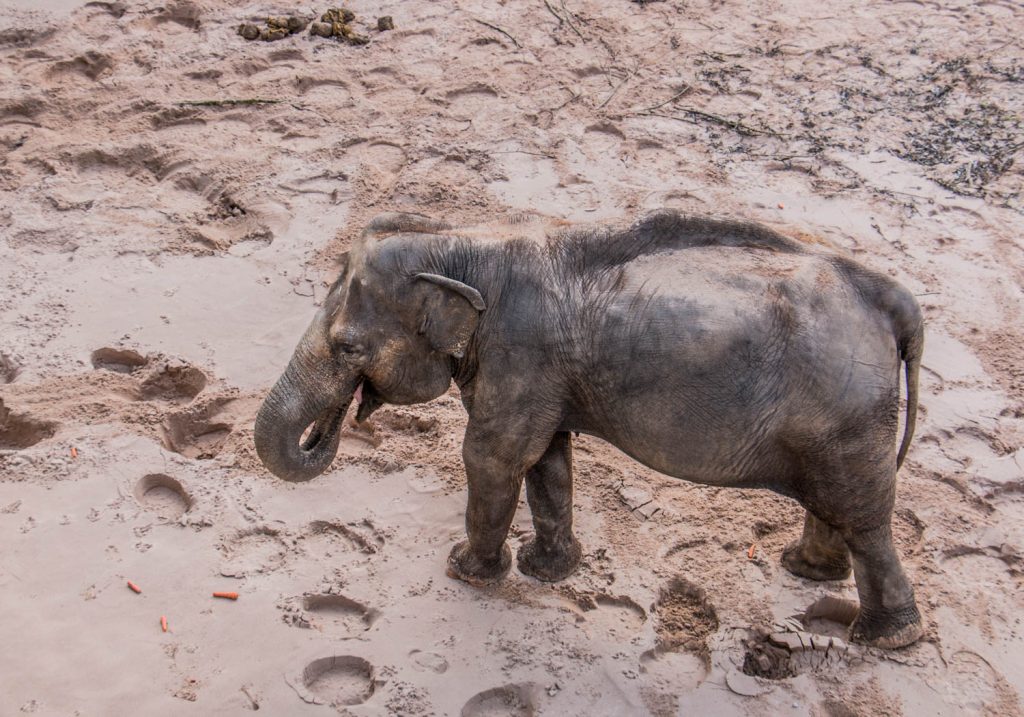 Posted in Kate, Our Herd, Welfare.