It was a cold February morning, and keepers from Blackpool Zoo and Twycross Zoo were about to put their meticulous plans into action – The time had come for Tara to make her big move to Blackpool Zoo.

The move had been months in the planning, with Blackpool’s elephant keepers spending time down at Twycross getting to know our new arrivals. Similarly, keepers from Twycross had headed North to visit our new facility and see where Tara and the others would be living – even taking some of Kate’s poo home with them to start sniffing and investigating, their first introduction to their new herd mate!

Initially, we had all hoped to transport the elephants in pairs with Tara and Minbu arriving first. However, Minbu’s progress with her crate training wasn’t quite as far along as we would have hoped, so the decision was taken to only transfer Tara. 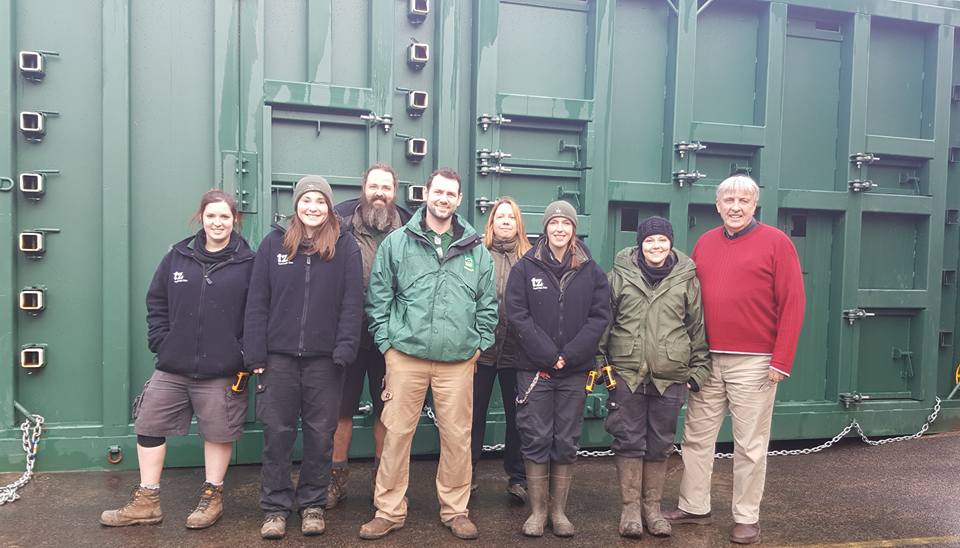 Section Head of Large Mammals from Blackpool Zoo, Adam, had traveled down to Twycross a few days before and had been working with the team on the final preparations for the big move.

Tara’s training involved her going into her crate every morning, so this morning was no different. Once in and secured, she showed every sign of being perfectly content and comfortable in her surroundings. The carefully designed crate had windows to allow Tara to see what was happening throughout the process. 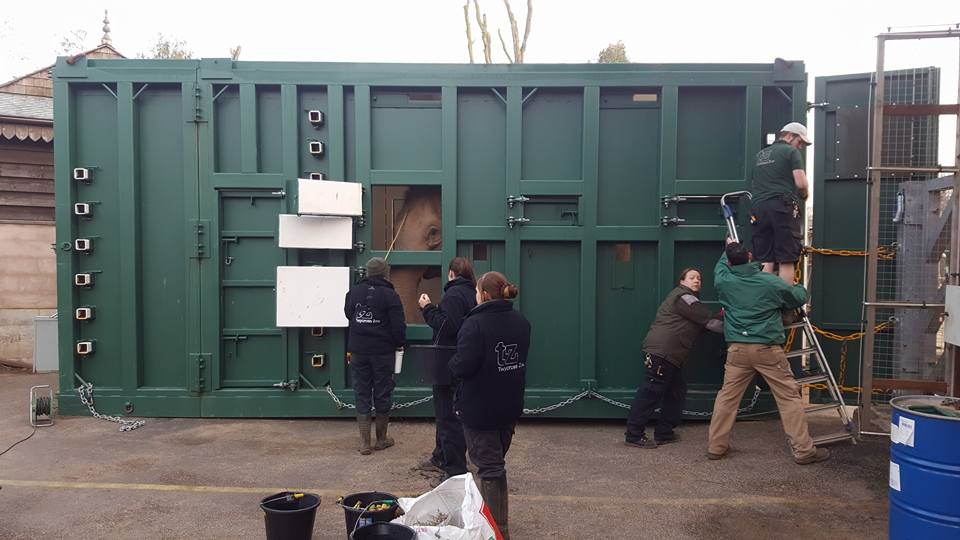 Once everyone was happy that Tara was safely in her crate, she was lifted onto the back of a flatbed trailer ready for the three hour journey north. The transportation company had provided heating for the crate to keep her warm throughout the journey, as well as cameras carefully placed to allow her keepers to keep a close eye on her the whole way. 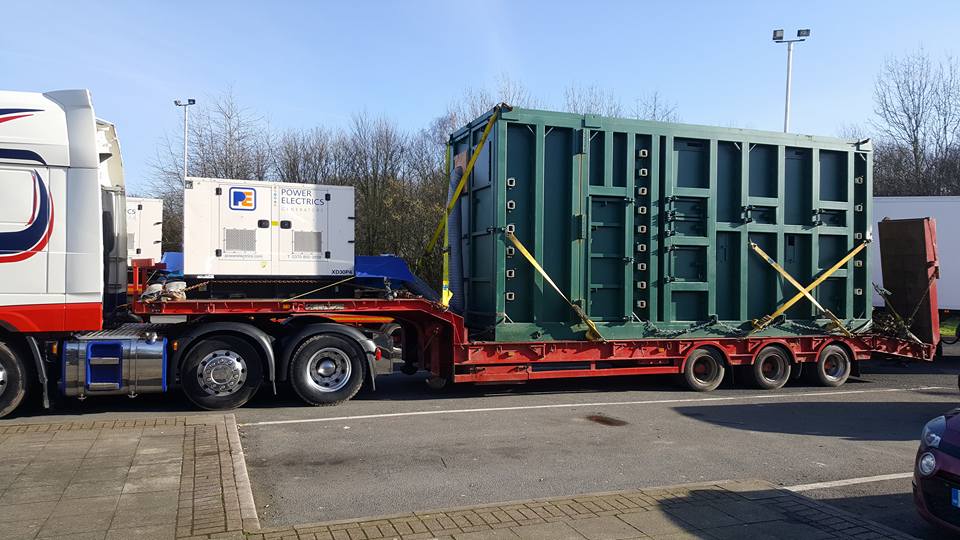 With a few stops along the way to check in and offer Tara food and water, the convoy eventually rolled into Blackpool in the early afternoon to be greeted by our full elephant team. Work began quickly to lift the crate off the trailer and into position. 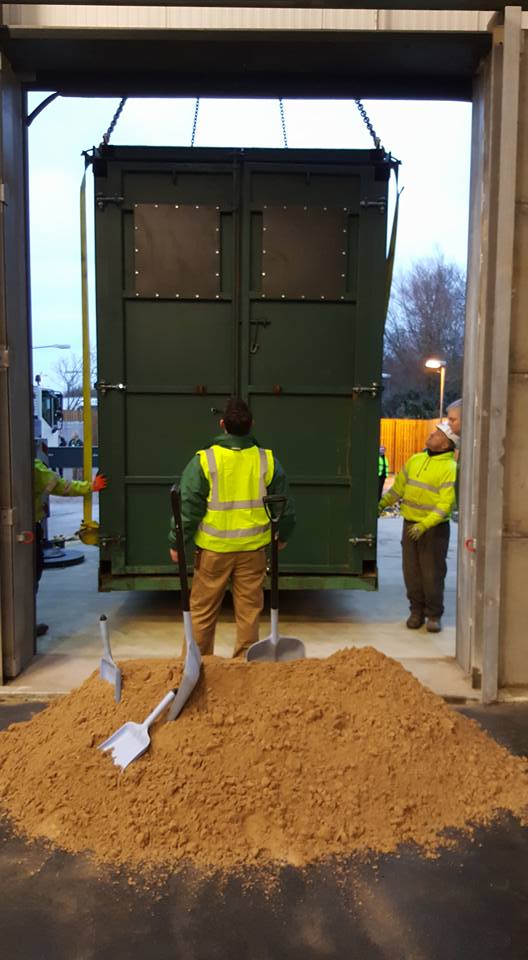 While it had taken Kate a little while to venture out of her crate when she arrived at Project Elephant, Tara was on her way out almost as soon as the doors were opened. She showed no signs of hesitation and was off exploring her new home (with a few added snacks, of course). Two of the elephant team from Twycross stayed in Blackpool for a few days following the move to continue working with Tara as they normally would, alongside her new keepers. This was part of a carefully planned process to allow Tara to get used to her new surroundings whilst still seeing familiar faces. 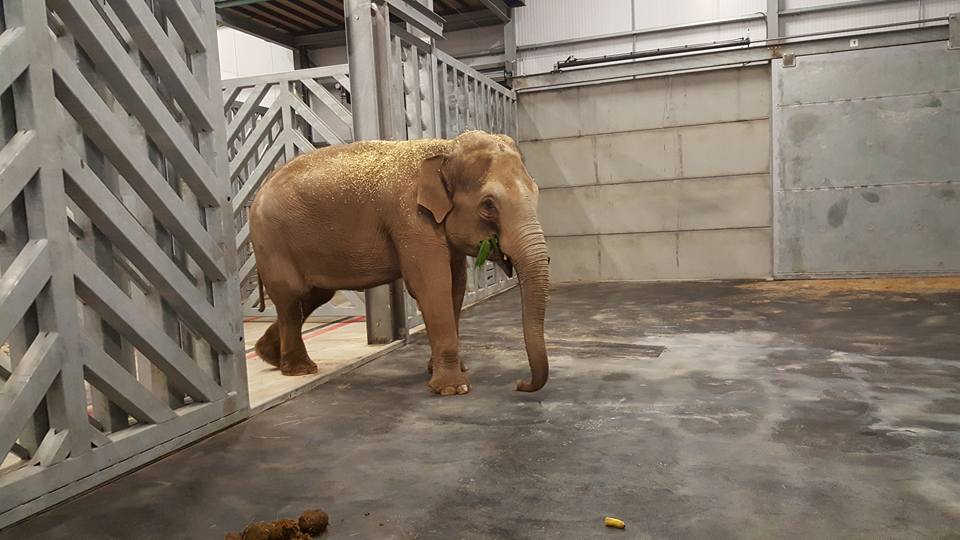 Tara’s been with us for just over two weeks now and her new keepers are absolutely delighted with her progress so far. She’s been exploring every inch of her new home – even treating herself to a dust bath before venturing outdoors! 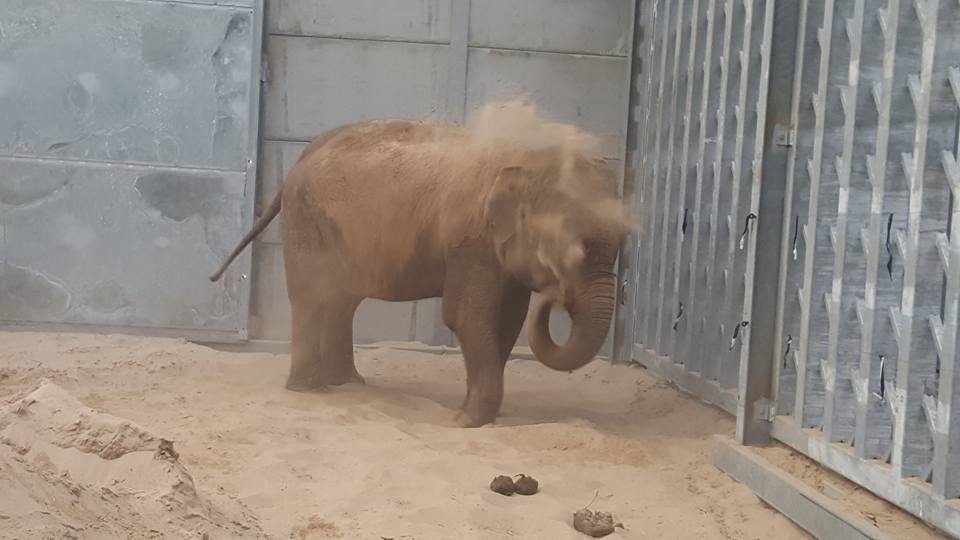 The house was specifically designed to make the introduction of new elephants to one another as easy as possible, with several special design features incorporated to ensure a safe introductory process. Kate and Tara were initially given time to get used to the sights, sounds and smells of each other from their separate areas in the house. Early on in the introduction, they had a trunk to trunk introduction, which both seemed very happy with.

The next stage from this was to house both of them in what we know as the “Communal Area” – the largest of all the indoor areas. This area can be divided in two by strong metal cables, allowing much closer contact between the two elephants. 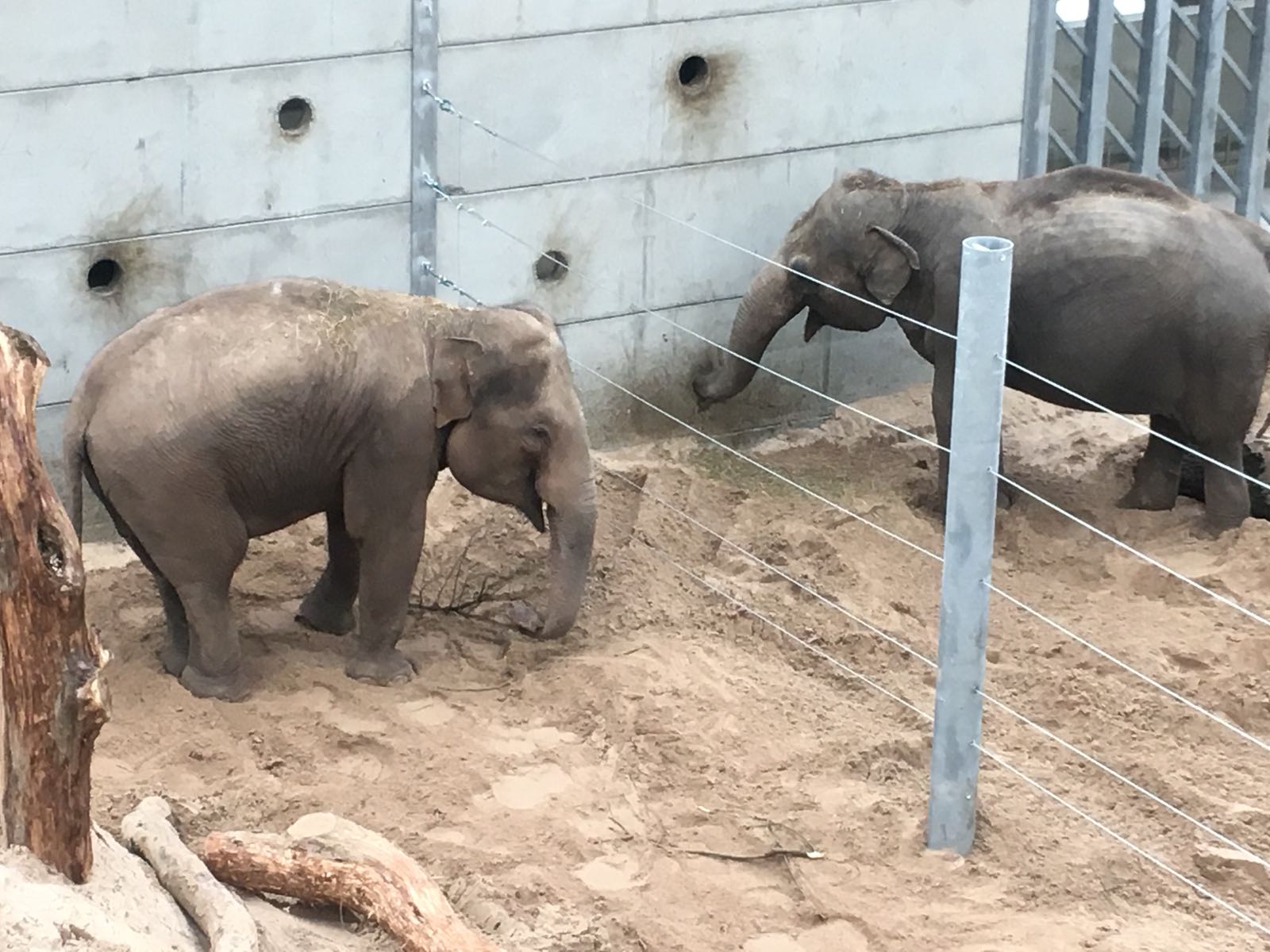 Once keepers were happy this was going well and both elephants were comfortable around each other, the decision was taken to remove the cables and allow them both access to the entire house together.

The pair are now getting on well, with Kate stepping into the role of dominant female. Tara has been very respectful of Kate from the beginning which has allowed the entire introduction process to go smoothly.

As yet, we don’t have a confirmed date for the arrival of the other three elephants, but we are optimistic that it will be sometime within the next few weeks or months.

As Tara settles in, we are continuing to keep the house closed to visitors, however you may still be able to see our elephants in the outdoor habitat should they choose to go outside. 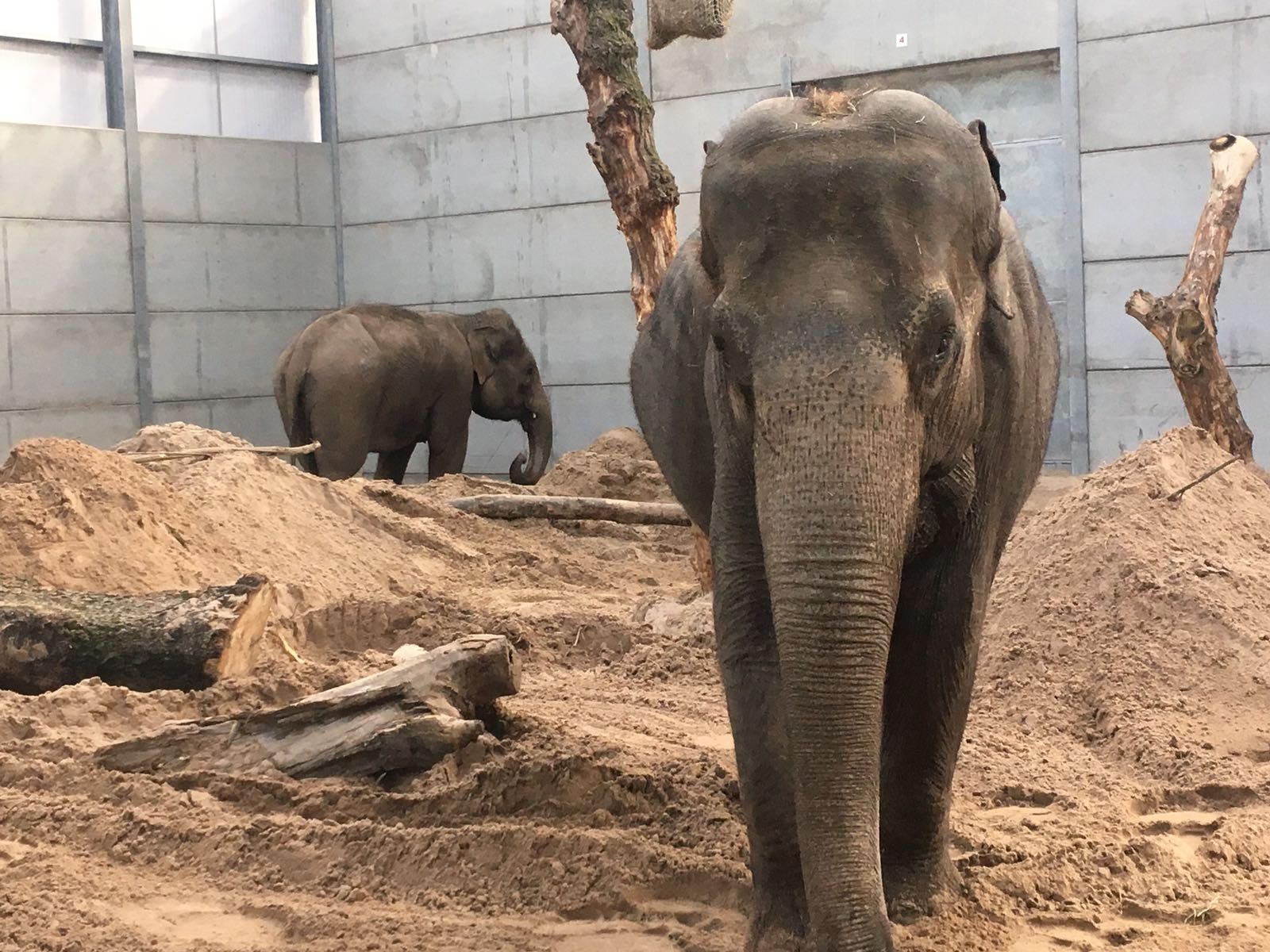 Posted in News, Our Herd.